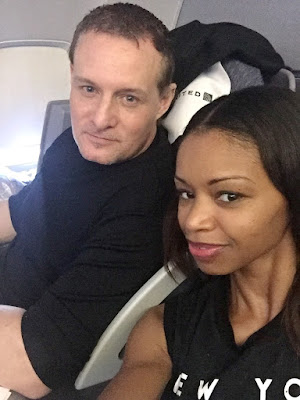 With all of the recent airlines chaos going on I definitely wanted to share my recent trip to California using United Airlines.


I flew First Class going and the check in process was a breeze! You have a VIP line you get in and it puts you closer up front for the security check point. This was wonderful and helpful since we were running late upon arrival. Once we were in the terminal and calm my boyfriend I had a drink and ordered breakfast at one of the trendy bars at Newark International Airport within thirty minutes before we had to board.
As time quickly passed by we had to get our food to go because there was literally 5 minutes left to board (He is a slow mover unfortunately). As we quickly rushed and gave in our tickets the staff was still very nice and accommodating and actually joked with us about our food. 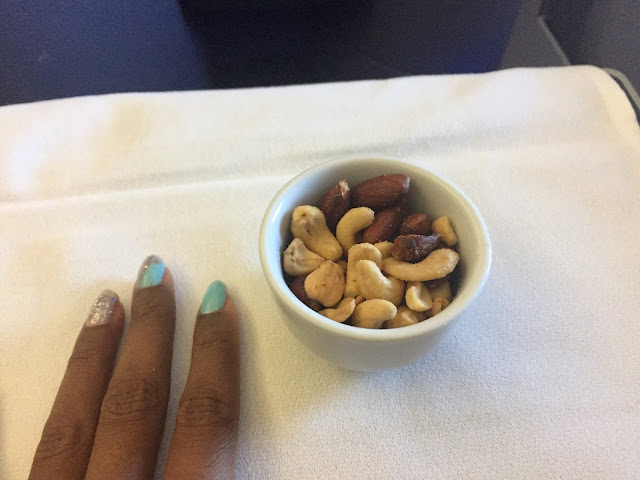 This is my second time ever taking first class, the first time was a short trip from Miami and it was a late evening flight. I don't remember much except that I slept after partying from a long weekend getaway. This time around was much different, the seats are beyond comfortable you can recline the seat in a bed format. Which I was still trying to figure out how that was even possible but I guess it can. There is definitely much more space, everything is practically there for you like headphones, free movies, games, center consoles and back consoles etc.... The stewardess had coffee immediately as we sat down waiting to take off. They definitely was attentive and professional. The bar menu was pretty stocked with a good amount of liquors and yes we did have a couple of cocktails it was over 5 hours of flying so it's a must!

The food menu was a nice selection but do keep in mind they have a limit number of items for each entree that's on the menu. So since we were sitting in the last row of first class we selected last. So whatever was left over from the selection was what we had to eat. The selections were chicken, pasta and steak. We definitely wanted to have steak since we were enjoying the first class vibe but will everyone else order that and we get stuck with pasta? Time was on our side because for some reason it was a pasta and chicken kind of day for the other passengers so we had the steak. The food, well the fancy salad was not for me. I could have had a basic Cesar salad. 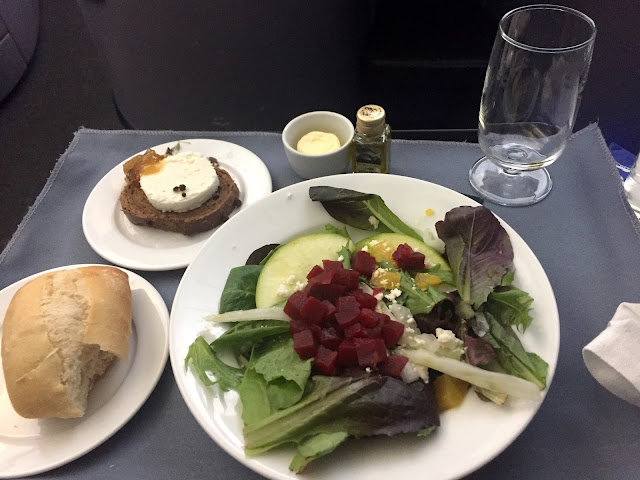 Their salad had too many beets and other things I don't like so I only ate the green. The steak was good but different, the sauce on top was the main focal point but it should have been on the side. Not everyone likes sauce on their steak. 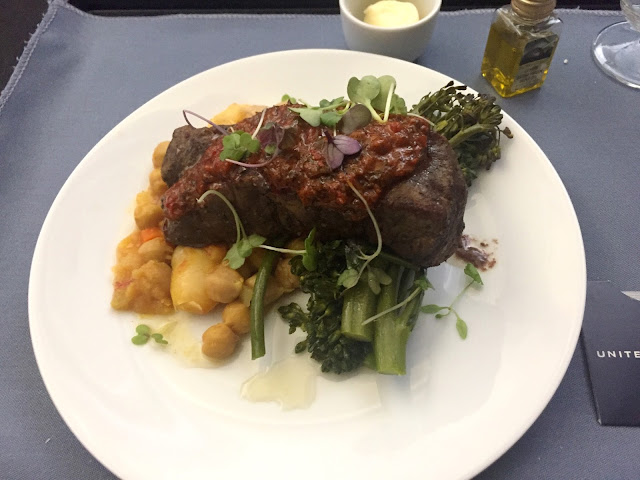 After watching one full movie and another for a good thirty minutes it was times to snooze because we still had over an hour left. I snuggled in the Bloomingdale's blanket they had which was a nice touch and comfy and I slept for thirty minutes. Before you knew it we were in California and the plane ride going was excellent. But I could never spend the amount we paid on the regular for first class I rather save it.

Now let's fast forward to our plan ride coming back which was Economy! I will keep this short and to the point. I didn't enjoy it at all! The one stewardess was very mean, angry and just not pleasant. She was beyond snippy and she was old enough to be my grandmother so I was shocked by her demeanor. Of course first class you get these perks for paying for a high price seat but I was shocked by what you didn't get. We didn't have Internet at all it was announced minutes before departing. The plane was so crowded I had to put my carry on in first class. You have to pay for everything food, your movies and the phone charging outlet barely worked. I felt like wow what do you get for your ticket anymore?? Nothing! I enjoyed flying United going but not coming back. And I hope that's just not because we splurged and booked a first class ticket that they treat passengers so much better. That would be ashamed.  After this within days United was involved in a scandal kicking the man (doctor) off the plane. Which is horrible, I personally wouldn't want to fly using them again based on my experience coming back and the current news and how unsympathetic they were. But my boyfriend seems to like United because they merged with Continental airlines and he was a frequent flyer of them. He was very shocked by their unprofessional tactics they took so hopefully they improve their staff and their guidelines moving forward for their customers.


Have you had any good or bad experiences when flying feel free to share your stories in the comment section.