Hello all my GBS readers, I am so happy to give you the latest on Fashion. I had the honor of interviewing the fabulous Napoleon Perdis, famed makeup artist! Here are a few exclusive pictures of backstage at the Timo Weiland Show. Enjoy!

Here are a few videos of Napoleon explaining the look for the show. 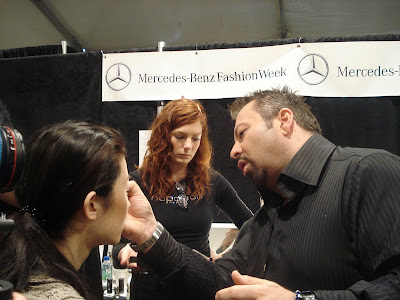 Napoleon Perdis working on a model 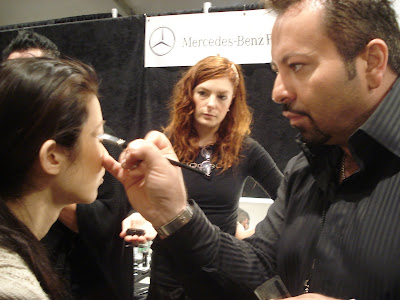 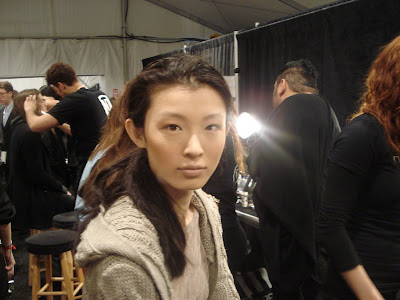 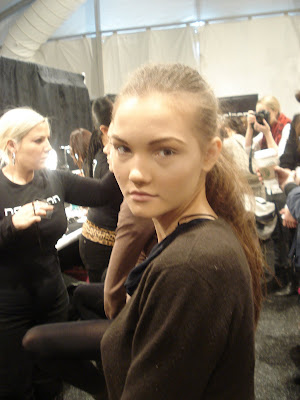 I love the natural lip. You can pick up Napoleon Perdis makeup at Target. Look for the NP set. Napoleon has a great assortment of cosmetics at Target for a affordable price. 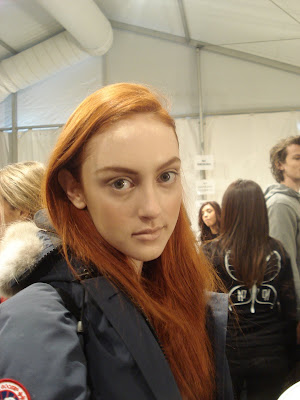 I feel in love with the thick brow. So ladies and gents, stick to a natural brow and stop going crazy with the tweezers! 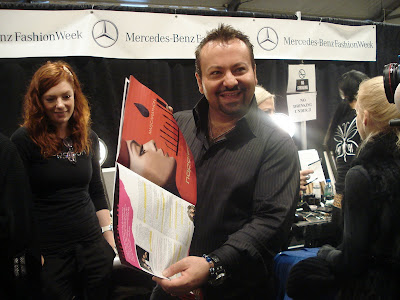 Check it out, Napoleon Perdis makeup collection is featured in The Daily FrontRow magazine. 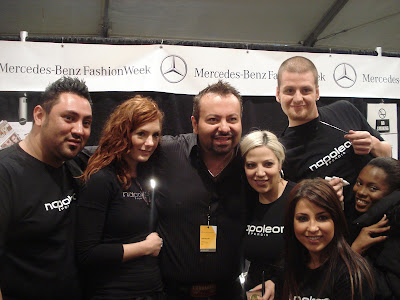 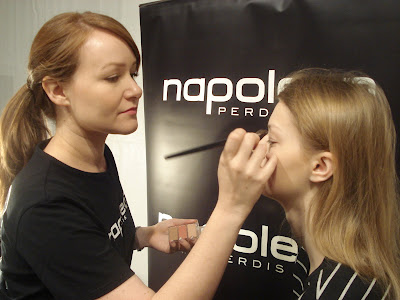 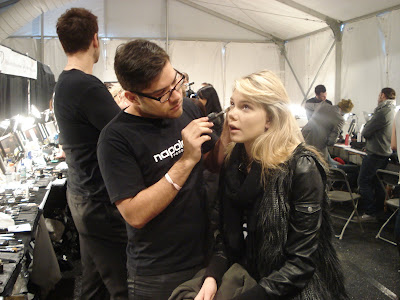 One the Napoleon Perdis makeup staff was hard at work on all the models for the Timo Weiland show. 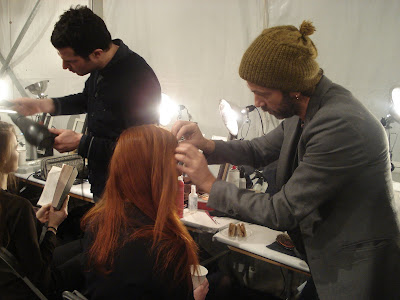 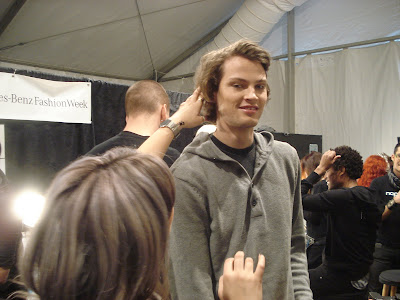 The hairstylist were also working hard on all the model. 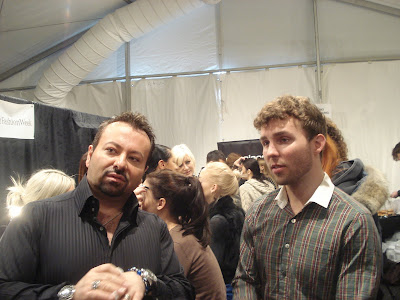 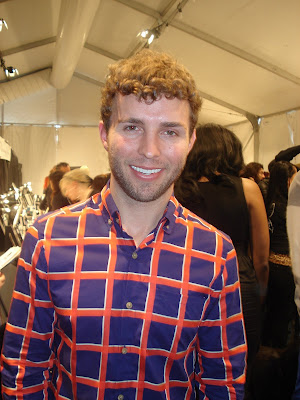 Designer Timo Weiland! He was such a nice guy backstage. 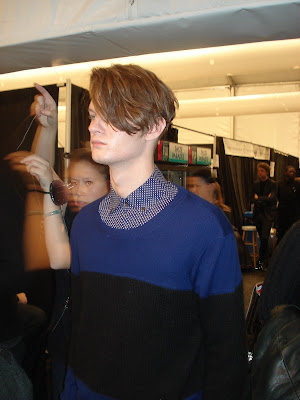 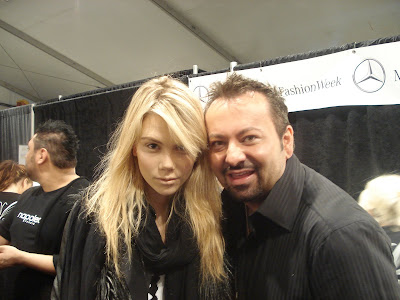 Napoleon and one of the runway models pose for a picture. A job well done.

I had a great time at the Timo Weiland Show. Everyone was nice and dishing out some serious style. I hope to come back next season! I would like to thank LaForce+ Stevens, GlitterBuzzStyle for the opportunity. you can never go wrong with NEW York Fashion Week!
Posted by MalanB at Friday, February 18, 2011