I try to keep this site fully positive and empowering but sometimes things need to be said.

This snippet is just something that I am very shocked by: Alicia Keys and Swizz Beats are expecting a child and will marry the end of the year. 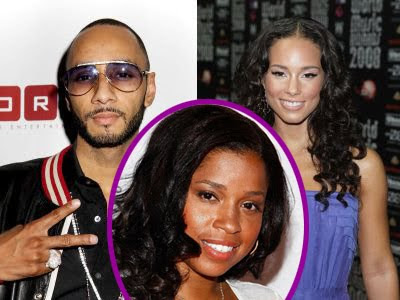 If you aren't aware both celebs were in a love affair scandal in which his ex-wife claimed that Alicia was having a relationship with her husband. Keys never confirmed or denied this situation but since the recent divorce the couple has been in the public eye like they have been dating for years. So I have to assume that love was already in the air. Swizz's ex-wife Mashonda made her voice known about Keys and Swizz relationship and how she was hurt by the ordeal and who wouldn't be. But now days this is beginning to seem like the normal thing to do.

What is so shocking to me is that how can you even think about having a baby with him at this moment, it's just too much drama. He has two children with two different women, a recent ex-wife, you were secretly sleeping with him while he was married and now you're pregnant and getting married to the him. Interesting.