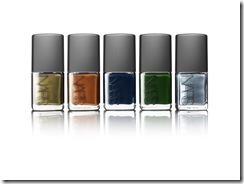 Pretty nails are meant to be looking gorgeous and I am loving this limited edition collection. All of the shades look like they’re worth trying, can’t wait to see it they look just as fabulous on. Anyone tried this out yet?

The comedy about the staff of a Korean War field hospital using humor to keep their sanity in the face of war. The film inspired the TV series M*A*S*H.

An epic Vietnam War movie directed by Stanley Kubrick in 1987